skip to main | skip to sidebar

Did you ever wonder why we do what we do, wear what we wear or where something got its name? well I have solved some of the mysteries!

Purse - Women used to stow their essentials in a mini waist pack tied under their clothing. When fashions changed and the fabrics wouldn't conceal this bulge women started carrying a pocketbook.

French Cuffs - French royalty invented the style in the 1500's when flowing sleeves were all the rage, nobles would tie their sleeves back with fasteners. 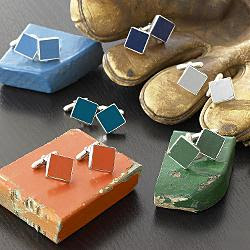 Blue Jeans - Levi Strauss made the first blue jeans in 1873 and used denim fabric because it was sturdier.

Shoes - called a Pump for the pumping noise it made when male servants wore them in 1550.
Sneakers were rubber soled shoes that were quiet or 'sneaky'. Stiletto is an Italian word for an assassin's narrow bladed knife made its debut in 1953, the pointed heels were murder on wood floors(and on most women's feet). 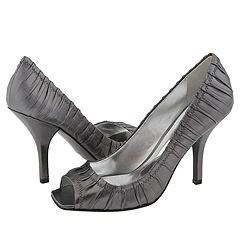 Cardigan - button front sweater was invented by the Earl of Cardigan to keep his troops warm.

Lilly Pulitzer Dresses -Inspired after a juice stand uniform to camouflage the citrus stains. People started ordering dresses and not the juice.

and Abercrombie and Fitch began as a camping supply store in 1892. They equipped Lindbergh for his historic flight across the Atlantic.
Posted by Meredith at 12:09 PM

Meredith
Philadelphia, PA and Surrounding Areas, ph: 215-704-8811
I love everything about entertaining! Enjoy reading lots of decor ideas, DIY, inspiration, recipes etc to keep you partying! check me out on FB!!

Thanks for Voting for a Third Year in a Row!

Some of My Favorite Blogs